Some speedy running on Wednesday I understand from our yr7+ Juniors.

On Saturday DRC Juniors were able to promote our activities at the Kingshill House clubs and societies event.

And then Sunday, what a great Spring Championship event! 19 Junior Athletes took part and there were some impressive performances all round. Thank you to everyone who supported the event; a great start to the outdoor athletics season.

Next Saturday will be the Stinchcombe Golf Course Easter Egg Hunt; chocolate eggs for grabs!

And last but not least, congratulations to Annette Keevil on qualifying as an Athletics Coach!

It was a beautiful day at Yate Outdoor Sports Centre. We started with a brisk warm up and then moved swiftly on to our distance running; 400m, 600m or 800m; the 800m was a particularly close event with four athletes running the 800m in under 3 minutes.

We followed this with our Javelin/Howler throwing, High Jump and Long Jump. These events give our athletes a chance to improve as they were able to have a couple of attempts at each event. Again some impressive performances; two Howler throws over 22m, Long Jumps over 4m and High Jumps of 135cm.

Then came hurdles and sprints with some really fast performances across all age groups.

See link to the results. 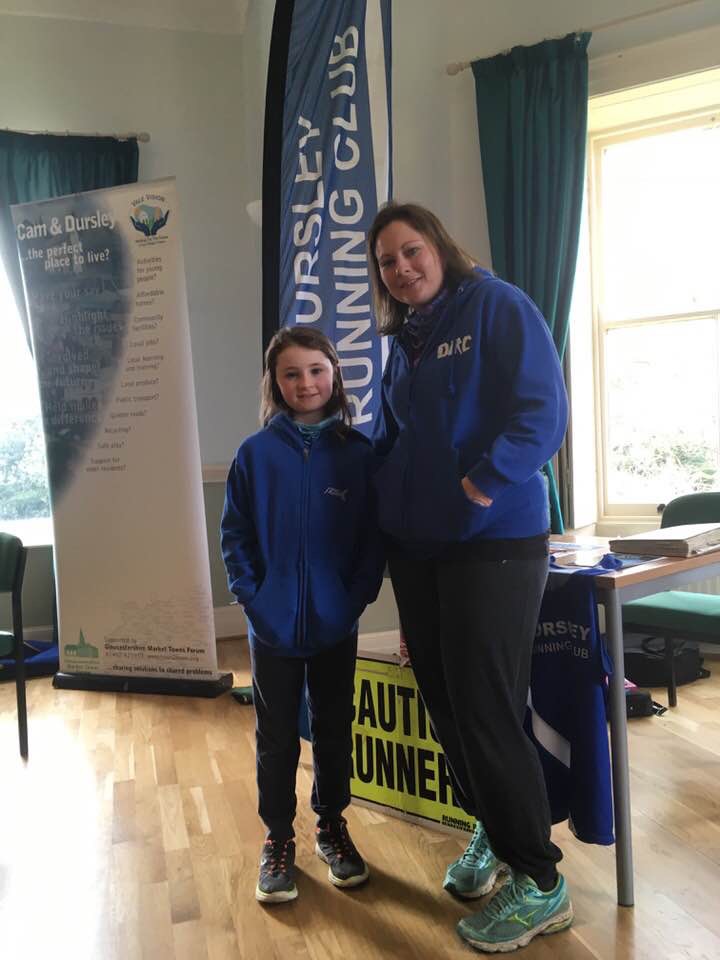 A chance to promote our activities.

DRC Juniors and BOK are arranging an Orienteering Event in Dursley for Junior Athletes between 7-18 years old. Starting at 12 noon in the Redneck School grounds. This free event is for DRC Junior members and non-members. Run or walk, come along and give it a try. Under 11s to be accompanied by an adult. Cakes available after the race.

Chipping Sodbury parkrun was the focus of the Grand Prix series this February with many DRC runners making the effort to go a bit further from home to record a qualifying time on a Saturday morning whilst also having a go at Neil’s February challenge!

Pete Chaffer still holds the lead in the men’s league, but he now has the familiar face of Tony Wooldridge lurking just behind in 2nd place following an impressive 81.86% age grading.  Mike Crompton now sits in 3rd after recording a 17:35 5km PB for a 74.6% age grading.  It remains very tight at the top with Andy Probert is just 1 point behind Mike, and Matt Read and Dave Durden both a further 2 points behind.

In the women’s league the top 3 remains unchanged after Alice Lewis recorded an excellent 83.17% age grading, however Annette Heylings has now closed to within 2 points of Eileen Hieron. Shona Darley and Margaret Johnson lead the chasing pack.

Note that I’ve also adjusted some scoring from previous events to account for the most recent entries.

Its still not too late to fill in the entry form, a link for this can be found on the Grand Prix Details page or here >>

The next event in series is theTour of Torpantau Fell Race on 10th March, followed by the Forest of Dean Spring Half the weekend after.

If you’re run a marathon, don’t forget to enter your time using the short form also found on the Grand Prix Details page to make sure its included.

As always, please feel free to get in touch with Mike Crompton or Tony Freer if you have any questions on the Grand Prix.