Athletics on Wednesday and Thursday were good sessions with warm evening weather making them very enjoyable. It is rapidly getting very dark towards the end of those sessions though, so please note the last two Thursday athletics sessions have been moved to an earlier time of 6-7pm.

Saturday’s cross country training was also good fun, with an extended obstacle course to run around, all good for endurance and agility.

The club AGM was on Friday. It was a great opportunity for me to share some of our successes with the rest of the club, and I felt very proud to do so. I also spoke about all the hard work that goes into delivering the programmes and activities we put on, and importantly thanked all those that help. I highlighted that without this help we just cannot deliver the programmes and events that our Juniors love so much.

I talked about our plans for 2018-19: to continue delivering the excellent programmes and events that we delivered this year, train two new coaching assistants and our aspiration to buy a high jump mat to enable us to include high jump training at the club. In order to do these things we proposed to increase the annual fee to £20 this was accepted. (My slides here, formal AGM notes to follow)

We also desperately need more help with the organising and admin of the section. So please if you can spare any time at all, we need your help.

So I will apologise for the constant pinging today if you have your phone etc. set to alert with every junior section Facebook entry because I have been busy setting up our future programmes. For those not on Facebook the junior section Google calendar, viewable on our website pages, has also been updated.

So as mentioned above the annual subscription fee is now due. Please could all juniors (parents/carers) complete the registration/renewal form (available here), this contains details of how to pay. We agreed that our subscription year would run from 1st September – 31st August, but we acknowledge that there are always a lot of payment pressure on parents at this time of year, so if you are at all concerned please contact us and we can work out how to best help you. Our overriding aim is to provide accessible, enjoyable, safe sporting opportunities for our children. 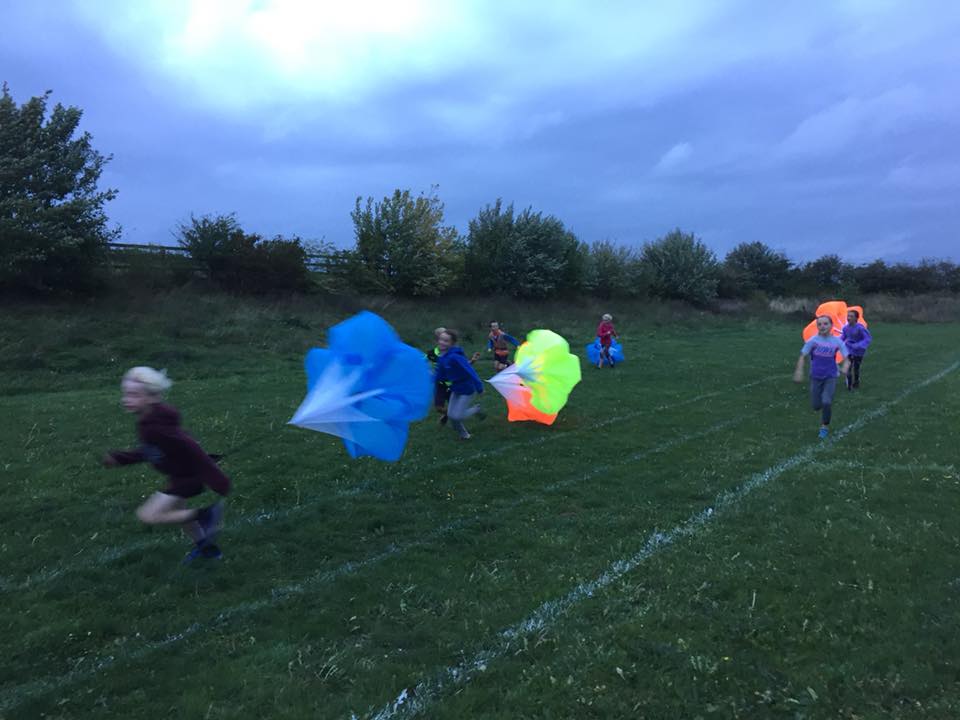 Javelin training for the year 7+ juniors on Wednesday, some rather windy sprints and hurdles on Thursday and more Cross Country training on Saturday. Great sessions everyone!

And then this weekend 10 pin bowling. Competition that didn’t involve running, throwing or jumping (bowling not throwing right?). Well done to the winning team; Mike, Ted, Billy, Ella, Sophie, Harriet and well done too to the very close runners up; Oscar, Luke, Charlie, Olive and Richard (and me).

Just a quick reminder the club AGM is this Friday, this applies to the Juniors too, so all welcome to attend. Also very quickly regarding fees – these are due in September normally but there are some discussions about changes to the club fees (adults and juniors) so requests for payment have not yet gone out. I am expecting that we will put some messages out about fees shortly after the AGM. 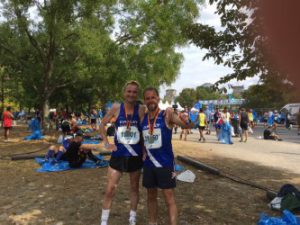 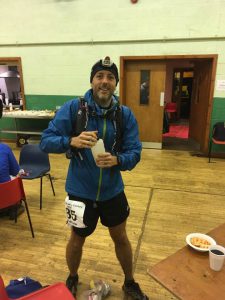 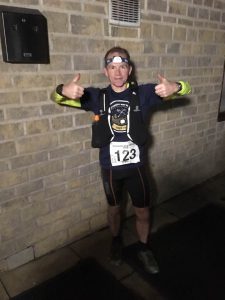 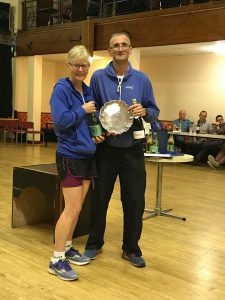 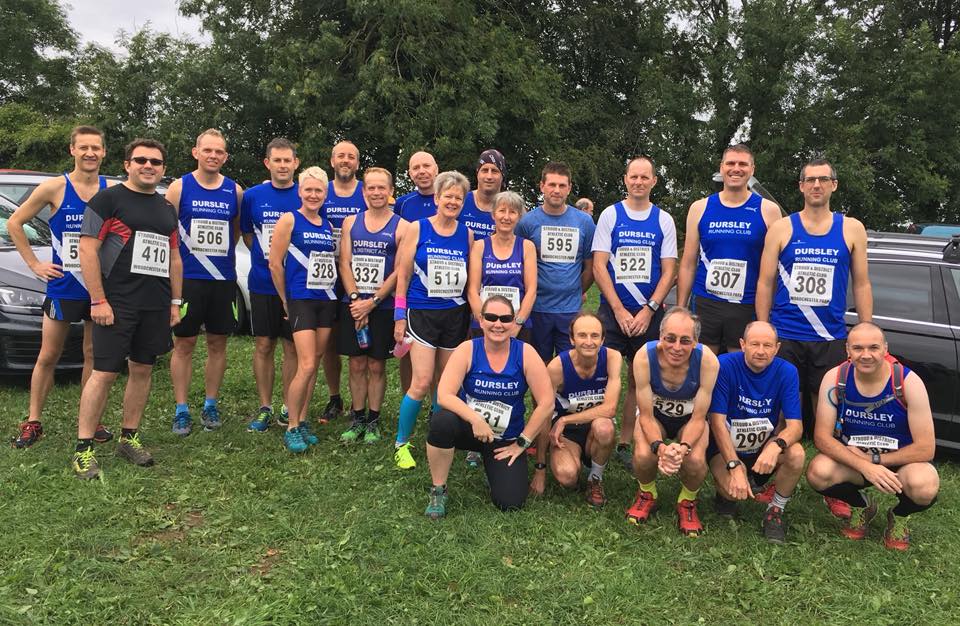 After a busy summer, we’re long overdue (sorry!) a DRC Grand Prix series update. In this update are points from Wotton parkrun in June, 10k races at Thornbury and Westonbirt House, plus the Woodchester Park race earler this month.

Congratulations to Alice Lewis who has successfully defended her title with another maximum points total! Alice is followed by Annette Heylings who is the 2nd of the ladies to complete all the required races this year and looks a sure bet for 2nd place.  Eileen Hieron and Julie Froggatt look like they will be contesting the 3rd place on the podium.

Tony Woolridge is getting ever closer to defending his title but still needs one more race result to ensure top spot. Andrew Probert is lurking in a solid 2nd place if Tony slips up. Matt Read and Pete Chaffer have only 1 point separating 3rd and 4th  place, but with Matt only needing one more result to qualify and Pete needing 3, Matt is in the driving seat to secure some silverware.

There are just 2 more qualifying races left in this series, both Half Marathons at Bristol (Road) and the Forest of Dean (Trail) later this month. As this year series approaches the final straight, a couple of reminders…

Marathon results must be submitted using this form for this years series. You have until the end of September to fill in a result for it to count towards the series.

Due to the inclusion of the Forest of Dean Autumn Half when the Spring Half was rearranged, the awards for this year will not be presented at the AGM, instead they will be presented at a Tuesday social night, or the Christmas Party. More details to follow…

As always, please feel free to get in touch with Mike Crompton or Tony Freer if you have any questions on the Grand Prix, either individually or using the email address grandprix@durslingrunningclub.org.uk

Finally, look out for an announcement on here soon regarding the race list for the 2019 series. 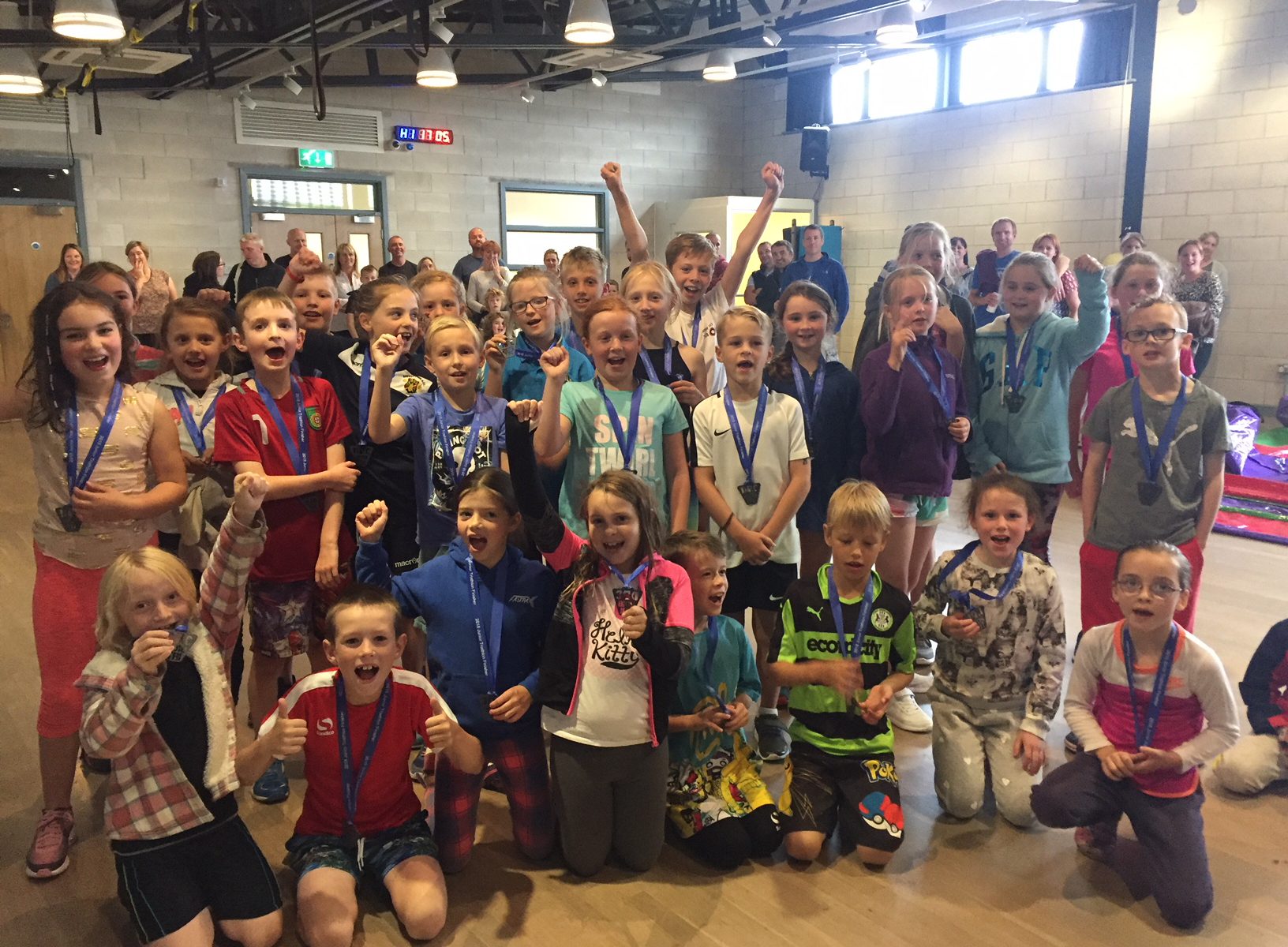 The first ever DRC Junior Triathlon event was a huge success, wow, just wow! Over 50 athletes competed, giving their best and showing us their swimming, cycling and running skills. Well done to each and every athlete who completed the race. Full results here >>

Winners of the 8-10 years category were:

Winners of the 11-13 years category were:

Winners of the 14+ years category were:

This event could not have happened without the huge support of all those who  planned, organised and delivered the event, so a huge thank you to everyone who helped. A few specific call outs to Martin Bragg, Tara Truman and Annette Keevil (our area leads) and our sponsors; The Pulse (thanks to Ange and team for the swimming, pool, spin room and help on the day), Emsea (our amazing medals and trophies supplier) and Sainsbury’s (the snacks).

This event was so successful we may even do it again next year!